Andi Wolff is back! 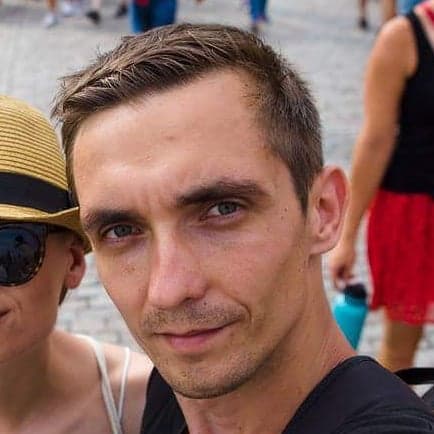 The amazing performance of Andreas Wolff, supported by his colleagues’ solid defense, gave the German team their first points in Group 1 of the main round of EHF EURO 2020! Andi's team beat Belarus 31:23. Uladzislau Kulesh and Arciom Karalok gave a good performance in the rival team.

The German national team is back in the game! Christian Prokop's team didn't have it easy in the group phase. After being off to a very good start in the championship, when they defeated the Netherlands 34:23, the matches against Spain and Latvia did not go as well, the first of which they lost 26:33 and in the second barely defended the victory at 28:27. The form of the entire team was strongly connected with the performances of PGE VIVE goalkeeper Andreas Wolff (as well as the second goalkeeper Johannes Bitter).

With Latvia Andi had a 39% save success rate, with Spain it was only 6%, with Latvia he went out on the court for less than 13 minutes of play and did not defend any shots. The same was true for Johannes Bitter’s performance in these matches, whose save success rate was not much greater. It was not an easy time for our goalkeeper, because the German media are known for their blunt criticism and immediately put enormous pressure on the whole team, especially Wolff. “You can expect more from a player of this class.” — this and similar comments were all over German websites. However, the German goalkeeper’s teammates stood up for him. “We left him on his own with our mistakes” — said Jannik Kohlbacher — “Andi showed what he’s capable of in the first match of this tournament, I’m not worried about his performance in the following matches.”

In fact, in the two matches which saw such a terrible performance by the German team, in most cases, Andreas Wolff had to defend the throws in one-on-one situations, after the mistakes of his team’s defenders. The defense simply did not work, and despite that Andy never spoke ill of his colleagues, he simply admitted: “It felt like my feet were glued to the floor, and that's what it looked like on video analysis.”

This unfortunate period of this tournament is probably over for the PGE VIVE captain’s team. In yesterday's match against Belarus, the German defense was tight as a brick-wall, over which the towering Belarusian offense was sometimes able to score a goal. Andy Wolff was back in the game, scoring a 35% save success rate, including several spectacular parades! Two of his interventions went into the list of the five best saves of the eighth day of the championship (including one on the PGE VIVE pivot, Artsem Karalek).

Uladzislau Kulesh, who scored six goals, gave an excellent performance in the Belarusian team. Artsem Karalek scored three goals. The PGE VIVE pivot is still among the top scorers of the tournament and leads in the list of the best blockers.

In the remaining matches of Group 1, Croatia defeated Austria 27:23 (Igor Karačić — 2 goals, 2 assists) and Spain beat the Czech Republic 31:25 (Alex Dujshebaev — 5 goals, 7 assists; Angel Fernandez — 5 goals; Julen Aginagalde — 2 goals, 1 assist; Daniel Dujshebaev — 1 goal). Currently, the first two places in Group 1 are occupied by Spain and Croatia (with 4 points each), Germany and Austria are in the third and fourth places (2 points), while the Czech and Belarusian teams remain with zero points. The first two teams will advance to the semi-finals.

Today, the main round matches in Group 2 will start, with Slovenia (Blaž Janc, Uroš Zorman) facing off against Iceland at 4:00 p.m. All EHF EURO 2020 matches can be watched on ehftv.com.