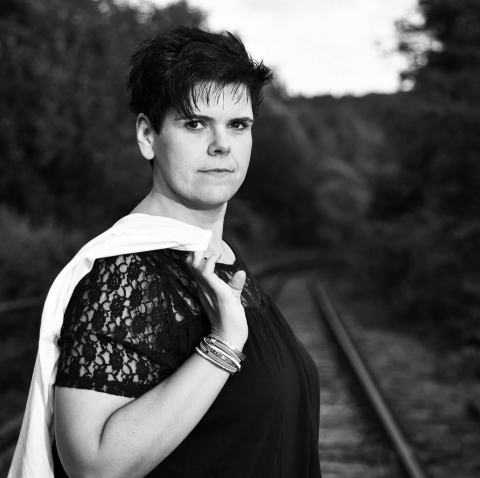 The first match of the team from Kielce in the Champions League was full of great emotions and great handball. Talant Dujshebaev's boys tied 30:30 with the hosts of the game, THW Kiel, and Alex Dujshebaev scored the last goal for us in the last second. Thus, we gained one very importan point from the inaugural meeting of the Champions League and we are waiting for the next rivals. Mateusz Jachlewski, Branko Vujović, Daniel Dujshebaev and Tomasz Gębala were absent from the Sparkassen Arena court.

The match started at a dizzying pace, and in the first minutes the fans saw one goal after another. The cooperation of Igor Karaic with the pivot, manned by Romaric Guillo, looked very nice. Due to the fast pace of the game, the Frenchman rarely managed to shift to attack with Arciom Karalok and after eight minutes he had two hits — the same as Arek Moryto, who was a surefire penalty taker for the Kielce team. After eleven minutes, the score was 7:7.

Then came a slightly poorer period of our team's play. Talant Dujshebaev's boys were not able to benefit from playing in advantage and for about four minutes they did not score a goal, but the powerlessness was broken through with a strong throw from a distance from Vlad Kulesh. In the twentieth minute, at 9:9, Doruk Pehlivan made his Champions League debut. Doruk quite quickly received a two-minute booking for pushing his rival in defense and this time it was the Kielce team that had to play short of one man. Andi Wolff did well between the posts, however, and Igor Karacić showed prowess in the attack — handing out the balls to his friends — he was like a magician, who moved to the left playmaking side, making space in the middle for Alex Dujshebaev, who in turn gave the right half to Krzysztof Lijewski. In the 24th minute, we were on the lead at 12:11.

Meanwhile, Niklas Landin replaced Dario Quenstedt in THW’s goal, but his presence between the posts did not particularly improve the quality of Kiel’s goalkeeping interventions. The game became more and more fierce, the players repeatedly fell onto the floor around the sixth meter line on both sides of the court. The Kielce players did well in this play aesthetics, however, introducing a bit of finesse to it. In the twenty-eighth minute Alex Dujshebaev from the inside played the ball to the wing to Angel Fernandez, who played it back to Alex in the air to score a goal, making the result 14:12. In the end, the Kiel boys beat us 2:1 – one goal for us was scored by Uladzislau Kulesh, pushing the ball into the goal of Niklas Landina, and Nikola Bilyk and Niclas Ekberg each scored one for Kiel. So we were going down for the break, leading by one hit, 15:14.

The second half began with a festival of powerful throws from Vlad Kulesh and Nikola Bilyk. The defense of the Kielce team changed – Blaz Janc went high, almost halfway up on the court, guarding Domagoj Duvnjak, and more and more emotions sneaked up onto the court. In the seventh minute, after Steffen Weinhold's throw, the hosts took the lead at 18:17 and it started to get dangerous, because Filip Jichy's team clearly caught the wind in their sails.

For a moment the Kiel boys were already leading by two goals, but the Kielce team quickly made it square at 20:20, then at 21:21. For breaking Alex Dujshebaev's counterattack, the red card was given to Rune Dahmke, and the Kielce team began to make the game more effective based on their two pivots, Arciom Karalok and Julen Aginagalde. Finally, in the eighteenth minute of the second half, after a phenomenal screwdriver from Blaz Janec from a zero angle, the PGE VIVE team managed to regain the lead, 23:22. After a moment, however, the game got out of hand again. The mistakes in the attack started to crop up from those who had played impeccably so far and five minutes before the end of the match THW Kiel was winning 27:25.

Then Julen Aginagalde approached the penalty throw won by Alex Dujshebaev. The Spaniard executed the seven-meter throw again to boost the morale of his colleagues. In the attack Nikola Bilyk made a mistake, Mariusz Jurkiewicz was fouled in the next play by Patrick Wiencek and Julen checked in again on the seven meter line. Yes! Goal! A 27:27 tie.

However, Kielce started to jumble things up again, losing the ball and the “Zebras” quickly found themselves in a two-goal lead for forty-odd seconds at 30:28. Then Vlad Kulesh made a truly masterful hip throw. We were losing 29:30. Filip Jicha asked for time, swapped the goalkeeper and Andi Wolff defended Miha Zarabec’s throw! Now it was Talant Dujshebaev who asked for time, and his team had only 5 seconds to carry out a play. How did it happen? Well, we’ll probably won't know that for a long time, but in the last second Alex Dujshebaev pulled out the win from the hosts’ grasp, turning it into a 30:30 draw and drowning in the hugs of his teammates.