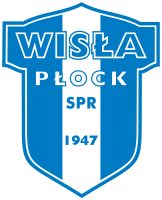 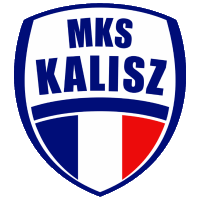 Energa MKS Kalisz
vs vs

Łomża Vive Kielce
vs vs 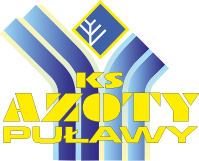 Tickets and the Arena

Tickets are on sale about ten days before the match via the eBilet.pl platform. The information about each of the planned dates of sales launch can be found in the News section (texts with the yellow 'Tickets' label). You can go to the eBilet platform’s ticket section for PGE VIVE Kielce matches from numerous locations on the website by clicking the 'Buy a ticket' button.

If you do not manage to buy a ticket, go straight to the arena

Do not forget your ID card!

In case of purchase of discounted tickets, a document entitling to a discount (school or student ID) must be presented at the entrance to the hall. Children under 10 years of age can view all matches free of charge, however, with no seat guarantee.

Watch all types of games

Seasonal passes entitle their owners to enter all home matches of the Łomża Vive Kielce team played within the PGNiG Superliga, PGNiG Polish Cup and group phase matches of the Champions League (7 matches in Kielce!). If promoted to the next stage, pass owners will be able to buy seats at a lower price before the tickets are offered for sale.

Did you have a seasonal pass? Book your seat!

Previous season pass owners have the right to reserve their seat. Your seat, which allowed you to experience last year's emotions, is waiting for you until August 25th, you will collect your pass after August 25th.

Use the installment plan!

Reserve your seat by paying 300 PLN for a pass by August 25th. You can pay the rest of the installment before the start of the season (September 9th) and receive your pass at the same time.

Take your family with you!

If you have handball enthusiasts who support our team in your family, take them with you and save money on tickets. The family pass allows a maximum of two adults and at least one child (up to 18 years of age) to enter. The child's document (e.g. a school ID card) will be required in order to buy the pass. The pass for this person will look completely different.

Use the discounts you are entitled to!

Children under 10 years of age can attend all matches of Łomża Vive Kielce in Hala Legionów free of charge, without a seat guarantee. Students up to the age of 26, doctoral students, pensioners and the disabled are entitled to discounted tickets for league matches.

In order to establish favorable conditions of ticket purchase, please contact the club, additionally, we invite organized groups (before each game) and people with significant disabilities interested in permanent tickets for the 2018/2019 season.

Support your team on away matches!

Information about the possibility of purchasing tickets via the club for Łomża Vive Kielce team's away matches can be found each time in the News section. Articles concerning tickets have a yellow “Tickets” label above the title.

Entrance tickets for away matches can be purchased in person in the club's main office at ul. L. Drogosza 2 (Hala Legionów) in Kielce, payment by bank transfer. The tickets can usually be received on match day at the cash desk of the opposing team’s hall.

Łomża Vive Kielce team hosts its matches in the Hala Legionów at ul. Leszka Drogosza 2, in Kielce. It is a modern, multi-purpose facility, which hosts various sports events, such as volleyball or combat sports. The hall is located in the southern part of the city, near the athletics stadium, the park and forest complex "Stadion Leśny", and the city football stadium, where the Korona Kielce football club hosts its matches,

The hall was opened on 25 August 2006. On this occasion, on 25-27 August, the Kielce Cup tournament was held, in which, apart from our own, five other leading European teams took part: Grasshoppers Zurich, Viborg HK, Dunaferr SE, Tatran Presov and IFK Skövde. During the celebration of the 50th anniversary of the Związek Piłki Ręcznej (Świętokrzyskie Handball Federation) in December of the same year, the facility received the name Hala Legionów. The Kielce City Council justified its choice by the fact that the beginnings of handball in the province took place at the same time as the regaining of independence.