B. Janc: Kielce will always have a special place in my heart 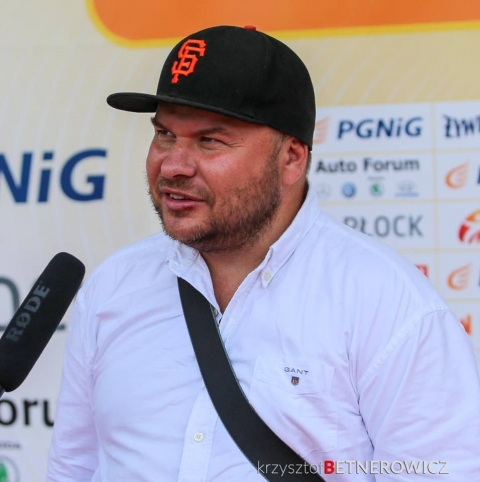 It's already decided! After the 2019/20 season, Blaž Janc will leave PGE VIVE Kielce. The Slovenian winger will be replaced by an Icelander, Sigvaldi Gudjonsson, currently the player of the Norwegian club Elverum. Blaž does not yet confirm the direction he will take after leaving Kielce, but he explains the reasons for the decision to change the club. “It was a very difficult decision for me.” — says the Slovene.

PGE VIVE Kielce: Why did you decide to leave Kielce after the 2019/20 season?

Blaž Janc, PGE VIVE Kielce winger: It was a very difficult decision for me, but that’s how life is. I have been thinking about it for a long time, but there comes a time when you have to make a decision and try something new in life. I had a similar situation when I was coming to Kielce from Celje. It was hard for me because everybody wanted me to stay, everything was going great there. But I just wanted to try something new. I'm very happy in Kielce, it's not like I have anything against the club, the president or the coach. It's just my decision to move on. I'm going to have only fond memories of the club.

It's probably not easy to announce such a decision in the middle of the season?

I'll fight for this club till the end. When I come back to Kielce wearing different colors, I will be happy to come back. I'm here for the third year, I feel great here, everybody likes me. This is one of the biggest clubs in Europe for me. I'm proud to play here. I've been wondering for a really long time whether to leave. I have a good relationship with the presidents and the coaches. Talant believed in me right from the get go, I really wanted to work with him. When someone asks me about this stage of my career, I’ll say that signing a contract with PGE VIVE was a good move.

When will you officially announce where you're going?

I think that in about two weeks' time everything will be clear and then I will officially say it. Please, have a little patience. Now I just want to confirm that I'm leaving Kielce.

Is there any chance you'll ever come back?

Sure, there's always a chance! (Laughs) I repeat: there’s still half of a year until the end of the season, I don't want to make a drama out of my decision now. That's just how life is. I'll go away without any grudges against anyone. I'll go away happy. Sure, maybe I'll come back here. I feel great here and I have some of the best fans in all of Europe here!

For some fans it will probably be a drama anyway. We're all going to miss your efforts on the court and who you are outside of it.

I’ll continue to give as much as I have given until the end of the season. I'll fight for every ball! I want, I really want to reach the Final4 again before I leave Kielce, to have this feeling that we can win again. Thank you very much to all the fans. I would like to thank the fans from Iskra Kielce for always being with us, for creating the atmosphere, but also every other fan of this club. I'm proud to have a chance to play here. But let's leave saying goodbye until the end of the season, I'm sure I'll have a lot to say then. At this point, I've said everything and we're all still together. I hope the fans won't be angry with me! I’ll be very happy if the fans understand my decision so that when I come back to Kielce with another team, they won't catcall me (laughs)! Kielce will always occupy a special place in my heart.